To share your memory on the wall of Albert Johnston, sign in using one of the following options:

To send flowers to the family or plant a tree in memory of Albert Sidney Johnston, please visit our Heartfelt Sympathies Store.

Receive notifications about information and event scheduling for Albert

We encourage you to share your most beloved memories of Albert here, so that the family and other loved ones can always see it. You can upload cherished photographs, or share your favorite stories, and can even comment on those shared by others.

Neal and Sherrie Garner and Suzanne Patin sent flowers to the family of Albert Sidney Johnston.
Show you care by sending flowers

Posted Nov 06, 2020 at 01:08pm
love the picture you all chose for this memory wall. It says everything I remember about Al. Ready for adventure, a little amused at something, all that hair, just himself. I know you all but especially you Brenda will miss him so much. I have always been glad that you found your forever with him because I saw his love for all of you and I saw how he did his best to care for all of you. All my love and prayers Brenda and family. You brought him much happiness in this life. With love, Betty Jo Wade
Comment Share
Share via:
TH

Posted Nov 06, 2020 at 09:24am
I am so very sorry. Al will be missed deeply. I enjoyed our times over drinks and with excellent conversation and laughs. My deepest condolences to all of the family. I will treasure the memories of our friendship.

Neal and Sherrie Garner purchased flowers and planted a memorial tree for the family of Albert Johnston. Send Flowers

Posted Nov 05, 2020 at 10:26pm
Deepest sympathies in your time of sorrow. Al was a dear kind man. I am honored to have known him and will miss him very much. Love, Sue Patin 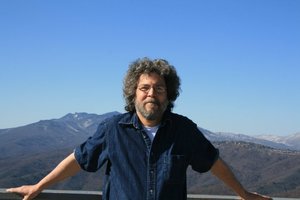