To share your memory on the wall of Clifford Cormany,, sign in using one of the following options:

Provide comfort for the family by sending flowers or planting a tree in memory of Clifford Cormany,

Provide comfort for the family by sending flowers or planting a tree in memory of Clifford Cormany,

To send flowers to the family or plant a tree in memory of Clifford Eugene Cormany, Jr., please visit our Heartfelt Sympathies Store.

Receive notifications about information and event scheduling for Clifford

There are no events scheduled. You can still show your support by sending flowers directly to the family, or planting a memorial tree in memory of Clifford Eugene Cormany, Jr..
Visit the Heartfelt Sympathies Store

We encourage you to share your most beloved memories of Clifford here, so that the family and other loved ones can always see it. You can upload cherished photographs, or share your favorite stories, and can even comment on those shared by others.

Posted Nov 10, 2020 at 10:13am
I was a brand new Agent in Philadelphia in 1976 when I met Cliff. He was already a seasoned investigator assigned to one of the Organzed Crime Squads. Young Agents like mysef sought advise from him. He was professional, very competent and loved his job. I am so sorry for your loss. Alzheimer's is a horrible desease. I have lost family and friends to this desease. I am sure Cliff is in a better place.
Comment Share
Share via: 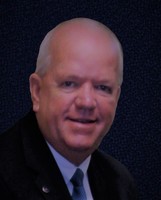