To share your memory on the wall of Donald Carter, sign in using one of the following options:

To send flowers to the family or plant a tree in memory of Donald Ray Carter, please visit our Heartfelt Sympathies Store.

Receive notifications about information and event scheduling for Donald

We encourage you to share your most beloved memories of Donald here, so that the family and other loved ones can always see it. You can upload cherished photographs, or share your favorite stories, and can even comment on those shared by others.

Caitlin and Jacob sent flowers to the family of Donald Ray Carter.
Show you care by sending flowers

Caitlin and Jacob purchased flowers for the family of Donald Carter. Send Flowers

Flowers were purchased for the family of Donald Carter. Send Flowers

Posted Dec 04, 2019 at 06:37pm
Martha Ann, Sheila and family, thinking about y’all during this sad time. Grief cannot be explained or ignored. Please think of happy memories. May you feel the loving arms of our Messiah holding you.
Comment Share
Share via:
JH

Posted Dec 04, 2019 at 05:44pm
We are so very sorry about Donnie. Our time with Donnie and the rest of the Carter family during our high school years were special. He always seemed happy and enjoyed being around family and friends. May God bless and give you joyful memories of a life well lived.
Debbie and Joe Harbin
Comment Share
Share via:
MM

Posted Dec 04, 2019 at 12:50pm
Jan, so sorry to hear about Donnie--My prayers and thoughts are with you and our family. Marilyn Wyatt Madden--Class of "73
Comment Share
Share via: 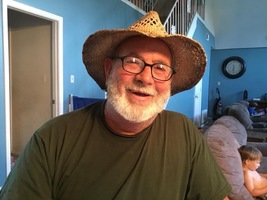