To share your memory on the wall of Doris Norton, sign in using one of the following options:

Provide comfort for the family by sending flowers or planting a tree in memory of Doris Norton.

Provide comfort for the family of Doris Norton with a meaningful gesture of sympathy.

Doris was born to Raymond and Ila Verne King in Friendship, Tennessee, the second of 5 children. Raised in a Christian home, she attended church ... Read More
Doris Griffin Norton, 93, of Ripley, TN, passed away on November 4, 2020 in Centerville, GA

Doris was born to Raymond and Ila Verne King in Friendship, Tennessee, the second of 5 children. Raised in a Christian home, she attended church regularly, as well as prayer meetings, Sunday school and other church functions. If the doors were open, her family was there. She met Billy Griffin at a youth rally when visiting Central Baptist Church in Memphis. Doris laughed when she recalled Billy walking into the room, “I thought he was the most handsome man I’d ever seen!
The romance bloomed and Billy asked Doris to marry him in November 1945. They both finished studies at the Moody Bible Institute in Chicago, Illinois and were married in August of 1947. They went back to Memphis where Billy was ordained at Central Baptist Church in September 1951 and was called to pastor the First Baptist Church in Marion, Arkansas.
In August of 1953 Billy was accepted by the Baptist Mission board to follow his calling and go to Brazil. He resigned from the church and the couple, along with their two small children, packed up and arrived in Brazil on February 11, 1954.
The Griffins served as missionaries in Brazil for 32 years, planting churches in Northeast Brazil; Russas, Palhano, Itaicaba, Morada Nova, Poco Verde and three others in Sao Paulo state.
Their work took them to Scotland, Ireland, South Africa and more. Doris loved their work, the people and the places they were sent. “We had a wonderful life together – the Lord blessed us with 3 wonderful children, Bill Jr, Linda and Laura and nine grand-children and great-grandchildren.”
The couple retired in 1990 and returned to Ripley, Tennessee. Billy went home to be with the Lord in 1999.
In August of 2003, Doris married George Norton. George, was also widowed, and he and his wife had also been missionaries in Brazil. The couples were in different cities, but saw each other at missionary events and prayed for each other’s families. George reached out to Doris after Billy passed and came to visit her in Tennessee. They were married in August of 2003. Doris and George had a wonderful marriage, they had 8 kids between the two of them! George and Doris moved to Centerville, Georgia October of 2018 due to George’s failing health and to be close to Doris’s youngest daughter Laura. George passed away December, 2018.
Doris never lost her deep love for Western Tennessee and Brazil. Now she is in her Heavenly home.

Her advice to us? “Accept the Lord Jesus Christ as your Savior and live for Him. It’s the only life that counts.”

To send flowers to the family or plant a tree in memory of Doris Helen Norton (King), please visit our Heartfelt Sympathies Store.
Read Less

Receive notifications about information and event scheduling for Doris 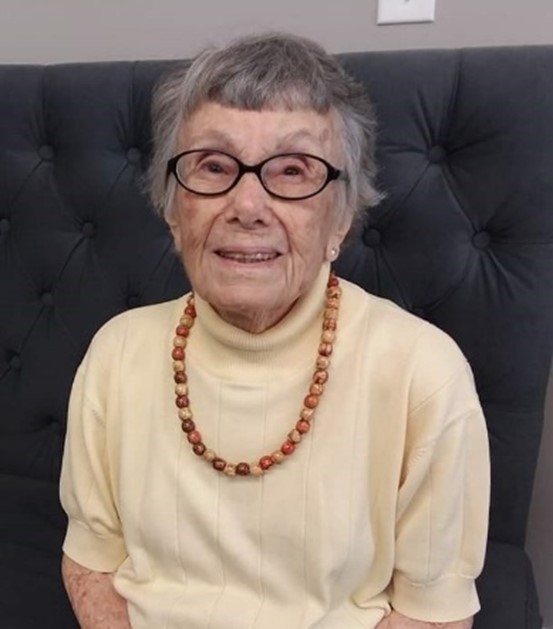 We encourage you to share any memorable photos or stories about Doris. All tributes placed on and purchased through this memorial website will remain on in perpetuity for generations.

Thankful for her many years of ministry.

Flowers were purchased for the family of Doris Norton.
Order Now | Show All
Comment | Share Posted Nov 10, 2020 at 10:52am via Floral Arrangements
LT

Your parents were special to our parents during the years in Brazil. We loved your family. We know your mom is rejoicing in heaven.