To share your memory on the wall of George Clark, sign in using one of the following options:

Provide comfort for the family of George Clark with a meaningful gesture of sympathy.

We were blessed to learn many valuable lessons from him during his 79 years. Among the lessons we learned: Its okay to play the game as long as you don’t get caught and if you get caught you have to pay the consequences (we never could be angry with him for being punished, because he just let us know it was our own dang fault) Don’t try to snow job me (never could find this one online, but we knew what it meant, “don’t try to pull the wool over my eyes or fool me”). If you’re looking for sympathy, look between (…) in the dictionary (this one was only used for special occasions). He had strong opinions about etiquette at the table, so we often heard, “no elbows on the table” and “bring your food to your mouth, not your mouth to your food”. Never say “huh” or “huhuh”, say yes sir (ma’am) no sir (ma’am) or yes or no. Those who've taken his lessons to heart know to think long and hard before you do something you’re pretty sure you shouldn’t, that lying will get you into trouble, you should keep your head up and don’t complain all the time (every once in a while is ok), and its important to have manners. Above all, he expected others to have morals, common sense and goals and he never gave excuses (for himself or others). He was understanding and forgiving, but he lived by a code. He carried himself in such a way that you just wanted to be like him.

He was active and loved the outdoors. “Going camping” was the best! He took pleasure in traveling to Pennsylvania (home) to visit with relatives (as long as it wasn’t too cold “up there"). He enjoyed spending Thanksgiving with niece Barbara (Richard) Rush and nephews Albert (Janet) Churney and the late Michael ( Debbie) Churney and their families. While in Pennsylvania, he would relish in the beautiful scenery while deer hunting with family members. He appreciated all the home cooked meals he would get during his visits, especially Barb’s homemade vegetable soup. During his visits, you would always find big games of thirty-one with all the nieces and nephews or Holy Board. He enjoyed Coors Light, homegrown tomatoes (never from the refrigerator), Jeopardy, Wheel of Fortune, NASCAR and football. He retired after 21 years as a 1st SGT from the United States Marine Corps.

To send flowers to the family or plant a tree in memory of George Clark, please visit our Heartfelt Sympathies Store.

Receive notifications about information and event scheduling for George

We encourage you to share your most beloved memories of George here, so that the family and other loved ones can always see it. You can upload cherished photographs, or share your favorite stories, and can even comment on those shared by others.

Posted Feb 18, 2020 at 06:03pm
At this sorrowful period in your life, please accept my sincerest condolences for the death of your loved one.  Reflecting on the divine promises found in the Bible will give you hope and strength to keep going until all of God's promises are fulfilled. (Romans 15:13; John 5:28, 29).
Comment Share
Share via: 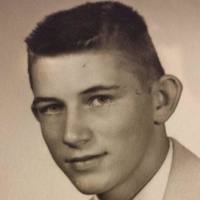 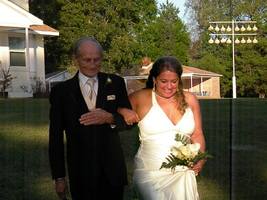 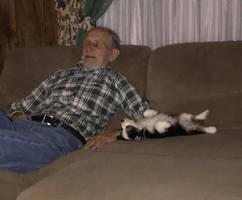