To share your memory on the wall of Jaloo Zelonis, sign in using one of the following options:

Provide comfort for the family of Jaloo Zelonis with a meaningful gesture of sympathy.

We encourage you to share your most beloved memories of Jaloo here, so that the family and other loved ones can always see it. You can upload cherished photographs, or share your favorite stories, and can even comment on those shared by others.

Gail and Doug Johnson, Sandra Pesic, and others have sent flowers to the family of Jaloo Ilene Zelonis (Olson).
Show you care by sending flowers

Posted Oct 12, 2019 at 11:21am
Tony, I hope you know how much Jaloo was loved and respected. She was a force of love, dedication, passion and compassion. All our our love,

Flowers were purchased for the family of Jaloo Zelonis. Send Flowers

Posted Sep 24, 2019 at 08:34am
In memory of a very accomplished woman that raised yet another accomplished strong woman. Remember that many of us love and care about you.

Posted Sep 23, 2019 at 06:57pm
Tony,
On behalf of The Backlot Players, I want to say that Jaloo will be greatly missed in our little theater and our community. She had a big personality and a command of the stage. And when she wasn't on stage, we appreciated the support that you and she provided by coming so far to attend shows and events. We pray that the knowledge that she will be missed and remembered by many will give you comfort in this difficult time.
Bill & Kristy Calhoun and The Backlot Family
Comment Share
Share via:
CP

Posted Sep 23, 2019 at 03:11pm
Tony and Family, I am so very sad that Jaloo is gone. Jaloo was just one of those people that was impossible to forget. I sang alto with her in choir at St. Bernard’s in Billings. Jaloo also cantored. And she wrote some lyrics and put them to music for us to sing. We were so lucky to have both Jaloo and Tony at St. Bernard’s. I’ve thought of Both Jaloo and Tony often, their generosity and kindness. I have missed them since they left Billings.

Jaloo was a person without pretense. . She was so genuine. She must have saved all pretense for the theatre from the wonderful things that are said about her performances. It doesn’t surprise me. No Christmas or Easter has passed since Tony and Jaloo left Billings that I haven’t said to myself, and frequently out loud “where is Jaloo when you need her”. She was fearless. She did whatever was needed for her to do. I loved singing with her and when she clanged the symbols every sleeper in the church was immediately awake.

I am so sorry and can only imagine the incredible loss you feel. I loved Jaloo and will miss not being able to connect with her. Peace and prayers to you, Tony, and all of Jaloo’s family. Chris Purcell
Comment Share
Share via: 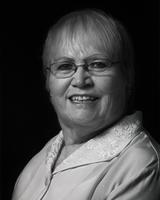 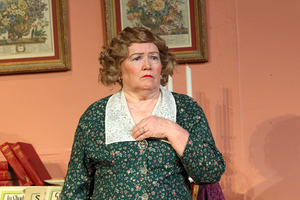 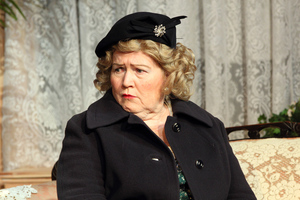