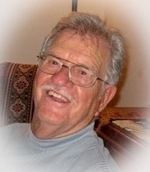 Warner Robins, GA – James Henry “Turtle” Stephens, 86, went home to be with the Lord on Friday, July 24, 2020 at the Houston Medical Center. The viewing for family and friends will be on Tuesday, July 28, 2020 from 9:00 am until 5:00 pm at Burpee-Scott Memorial Chapel & Crematory. Due to the current restrictions on public gatherings, a private funeral service for family only will be held on Wednesday at 2:00 pm at Burpee-Scott Memorial Chapel & Crematory with interment immediately following at Parkway Memorial Gardens with military honors. For those wishing to attend via live streaming, please visit Burpee-Scott Memorial Chapel’s Facebook page at https://www.facebook.com/burpeescott/live/.
Turtle was born on June 15, 1934 in LaGrange, GA to the late Ellis and Siddie (Thompson) Stephens. He faithfully and honorably served his country in the United States Air Force, where he retired at the rank of Tech Sergeant. Turtle continued his career as a civil service employee at Robins Air Force Base, where he worked as an Electronics Technician until he retired. He loved being outdoors and staying busy. Whether it was hunting and fishing or creating home projects, he was always on the go. Turtle loved people and never met a stranger. He also was a member of the Mason’s and was a Shriner. Turtle’s greatest love was his family, whom he was most proud. He served and worshipped at Rock Springs Church in Milner, GA. In addition to his parents, Turtle was preceded in death by his grandson, Randy Stephens and brother, Howard Vineyard Stephens.
Left to cherish his memory his beloved wife, Maxine (Moore) Stephens of Warner Robins; children: Randy Stephens of Warner Robins, Stephanie S. Franks (Terry) of Warner Robins and Russell Stephens (Tina) of Warner Robins; 6 grandchildren: Jessica Beal, Amber Balltzglier (Mark), Jason Stephens (Sara), Mylissa Sayre, Jeremiah Stephens and Dawson Stephens (Darian); 6 great-grandchildren; brother: Jimmy Stephens of Thomaston; several nieces and nephews.
Please visit www.burpeescottmemorialchapel.com to sign the online guestbook, view the video tribute and to leave a memorial tribute for the family. With honor, Burpee-Scott Memorial Chapel & Crematory has been entrusted with arrangements.