To share your memory on the wall of Jerry Gleaton, sign in using one of the following options:

Provide comfort for the family of Jerry Gleaton with a meaningful gesture of sympathy.

We encourage you to share your most beloved memories of Jerry here, so that the family and other loved ones can always see it. You can upload cherished photographs, or share your favorite stories, and can even comment on those shared by others.

Posted May 11, 2019 at 10:56am
My sympathy to the family of Jerry Howell Gleaton, whom I may have met once from an introduction by his daughter, Gina. Gina, my sympathy to you and your entire family. This is Linda, a lady and friend who worked with you from 1990 to 1993. God bless all of you. When I saw the obituary of the last name and photo in my paper yesterday, I recognized the last name for sure. Sincerely, Linda Jo Alexander Poole
Comment Share
Share via: 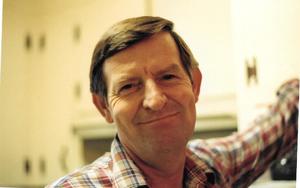