To share your memory on the wall of Arkill Stripling, sign in using one of the following options:

Print
Completing Life’s Journey…Crossing over to grace…. I have fought a good fight, I have finished my course, I have kept the faith…Life’s Journey….


A beloved Father, Son, Brother, Nephew, and Friend’s life closed on Tue... Read More
Completing Life’s Journey…Crossing over to grace…. I have fought a good fight, I have finished my course, I have kept the faith…Life’s Journey….


A beloved Father, Son, Brother, Nephew, and Friend’s life closed on Tuesday, August 18, 2020, when brother Arkill “Ark” Stripling answered the heavenly father summons, whereas God shall wipe away all tears from their eyes; and there shall be no more death, neither sorrow, nor crying neither shall there be any more pain; for the former things are passed away.

Arkill was born on November 20, 1978 to the parentage of Lloyd Stripling and the late Rosie Marie Adams in Houston County, Georgia. At an early age, Arkill accepted Christ as his lord and savior, and joined Oldfield Baptist Church where he was a member. He received his education through the Houston County School System. He had a love for football and his all-time favorite NFL team was the Green Bay Packers. Arkill had a heart of gold and nothing he possessed was too important to share with his family and close friends. He was known for his big smile and his humor. He had that kind way of making you laugh at that very moment when you needed it the most. His signature slogan was “Bread Game Shorty” and we all knew him as “Mr. Polo King.” Arkill believed in family and his most important accomplishment was being a father. He was the proud father of three beautiful girls. He appreciated and enjoyed life to the fullest.


Oh, don’t we remember how we loved to play…In a pile of dry leaves on a sunny fall day-We romped, and we jumped, and we shouted with glee, All in the shade of the old maple tree.
But now, Lord, we’re like the tired leaves on the tree, and we’re just hanging on as all folks can see, So hold us secure in Your own loving hand. Until we can reach Your blest promised land.

To send flowers to the family or plant a tree in memory of Arkill Labatee Stripling, please visit our Heartfelt Sympathies Store.

Receive notifications about information and event scheduling for Arkill

We encourage you to share your most beloved memories of Arkill here, so that the family and other loved ones can always see it. You can upload cherished photographs, or share your favorite stories, and can even comment on those shared by others.

Love The Green Family, With Lots of Love, Shayla Warren and Family, and other have sent flowers to the family of Arkill Labatee Stripling.
Show you care by sending flowers

Posted Aug 22, 2020 at 07:49am
My deepest condolences to you and your family during this time. Arkill was amazing and he will truly be missed.

Love The Green Family purchased flowers and planted a memorial tree for the family of Arkill Stripling. Send Flowers

With Lots of Love, Shayla Warren and Family

Posted Aug 21, 2020 at 10:56pm
My family's hearts are with you and your family during this time. May your hearts and souls find peace and comfort.

With Lots of Love, Shayla Warren and Family purchased flowers and planted a memorial tree for the family of Arkill Stripling. Send Flowers

Posted Aug 21, 2020 at 05:42pm
Arkill, we loved you, but God loved you best. You will always be remembered for your BIG personality and your heart of gold! Jada Releford Tonya Smith 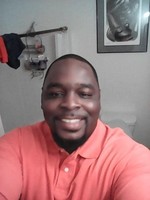 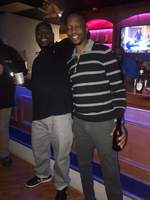 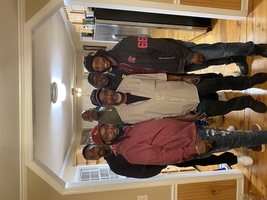