To share your memory on the wall of Ted Annis, sign in using one of the following options:

To send flowers to the family or plant a tree in memory of Ted Annis, please visit our Heartfelt Sympathies Store.

Receive notifications about information and event scheduling for Ted Annis

We encourage you to share your most beloved memories of Ted Annis here, so that the family and other loved ones can always see it. You can upload cherished photographs, or share your favorite stories, and can even comment on those shared by others.

Posted Jul 28, 2020 at 12:53pm
Ted was one of the best men I ever knew... I’m very privileged to have had him in my life. He was a mentor to my son David as well... a loving father figure. He will be missed. He had a heart of gold, and a huge personality!! Go be with God❤️
Comment Share
Share via:
KE

Posted Jul 28, 2020 at 12:23pm
Although I only met Ted a handful of times you could tell how passionate he was about people and their happiness. He performed double-duty at my wedding; both using his cosmetology talents and performing our marriage vows. It was a lot of ask of one person, especially in one day, but Ted was happy to oblige and did such a wonderful job ensuring everything was perfect. I will never forget how important he made me feel that day and the time he expended doing so. I will always think of Ted during our trips to Savannah and remember what a gracious person he was. Prayers to the family.
With Sympathy,
Bill & Kate Evans

Posted Jul 28, 2020 at 11:47am
In honor of our Beloved Friend. He was strength, joy, love and compassion personified. So blessed by his friendship. Forever alive in our hearts.

Posted Jul 28, 2020 at 11:06am
Ted and I were friends ever since 1st grade. We grew up less than a block apart and have a lifetime of precious memories. Our biggest common denominator was our love of Jesus Christ. I rest in the thought of Ted being with his dearly beloved Savior. I am praying for comfort and peace for his family and friends.
Comment Share
Share via: 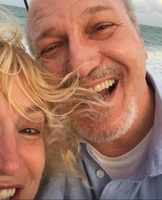 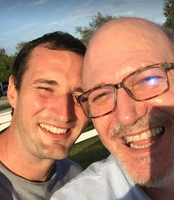 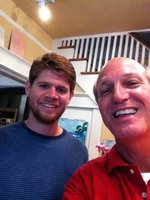