To share your memory on the wall of Cohen Bell, sign in using one of the following options:

Cohen Bell (C.D. to all who knew him) passed away on Friday, September 11. He was 94. A Graveside Memorial will be held at the Westview Cemetery in Moultrie, Georgia on a later date.

CD served 22 years in the Air Force. His training was in communications electronics. He served in Korea, Japan and the Philippine islands. He was involved in the Research and Development for the Minuteman Missile at Cape Canaveral, Florida; and was then assigned to the Minuteman Program at Vandenberg AFB in California. He retired from the Air Force in 1968 and moved to Perry Georgia accepting employment in the private sector before becoming a Civil Servant at Robins Air Force Base for 17 years. He retired from RAFB in 1989. CD enjoyed working outside. He was a gardener, a beekeeper, and raised milk goats for many years. He was a devoted husband, father, brother, good neighbor and an active member of the Barnabas Sunday School Class at Perry First Baptist Church. In Lieu of flowers, the family respectfully requests that donations be made to First Baptist Church, 1105 Main Street, Perry, Ga, 31069 for the “House of God” fund.
Read Less

To send flowers to the family or plant a tree in memory of Cohen Daniel Bell, please visit our Heartfelt Sympathies Store.

Receive notifications about information and event scheduling for Cohen

We encourage you to share your most beloved memories of Cohen here, so that the family and other loved ones can always see it. You can upload cherished photographs, or share your favorite stories, and can even comment on those shared by others.

Posted Sep 19, 2020 at 07:46am
Sent with love and remembrance of the many happy times those summers in Seattle and Perry. I will hold you up as you recover. Love Always, Kathy

Flowers were purchased for the family of Cohen Bell. Send Flowers

Praying for strength and comfort during this sad time. We love you.

Posted Sep 16, 2020 at 11:33am
Dear Family,
May your broken hearts soon be filled with precious memories of the joyful times you shared with Mr. C.D. He was such a blessing to your family and lived his life serving Lord Jesus. He will be greatly missed by all who knew and loved him. I pray that God will surround your family with his peace and comfort during this time.
Love in Christ,
Karis Dykes

Posted Sep 16, 2020 at 10:39am
Patricia,
I'm so sorry that your dad has passed away. He sure had a full, productive life with lots of proud moments, but I know that won't make you miss him any less. I pray for God to give you and your family comfort while you grieve the loss of such a special person.
Love,
Amy Keenom
Comment Share
Share via:
JP

I am so sorry to hear of your dad's passing. I am praying for you and your family. I am here if you need to talk. 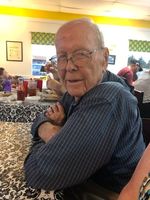 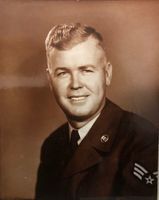 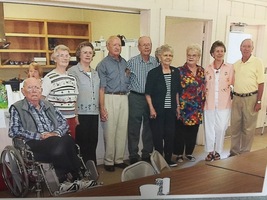 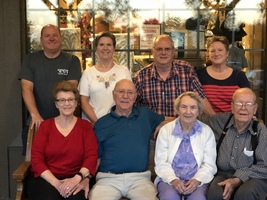