To share your memory on the wall of David Wiedman, sign in using one of the following options:

Print
David C. Wiedman, 43, of Warner Robins, Georgia passed away on Tuesday, July 21, 2020 at his home with his wife by his side following a long battle with an auto immune disease.

Private family services will be held at Christ’s Church in... Read More
David C. Wiedman, 43, of Warner Robins, Georgia passed away on Tuesday, July 21, 2020 at his home with his wife by his side following a long battle with an auto immune disease.

Private family services will be held at Christ’s Church in Effingham. Burial will be in Woodlawn Cemetery in Effingham where he will join his cousin, Christie Graumenz, and his grandfather, Herman Cornell. Services are in the care of Johnson Funeral Home in Effingham.

Memorials may be made to Christ’s Church, 2511 S. Veterans Drive, Effingham, IL 62401. Online condolences may be shared at www.johnsonandsonsfh.com.

David was born on November 20, 1976 in Effingham, IL the oldest of four children of Charles and Debra (Cornell) Wiedman. He married the love of his life, Elizabeth Bush, on January 18, 2003.

David was an employee at Marshall Clinic Effingham for many years and an active member of Christ’s Church. He loved chess, music, video games and following the Chicago Cubs and Chicago Bears.

He was preceded in death by his grandparents, Charlie and Dorothy Wiedman, and Herman Cornell; father-in-law, Ken Bush; and his cousins, Kim Bushue and Christie Graumenz.
Read Less

To send flowers to the family or plant a tree in memory of David Charles Wiedman, please visit our Heartfelt Sympathies Store.

Receive notifications about information and event scheduling for David

There are no events scheduled. You can still show your support by sending flowers directly to the family, or planting a memorial tree in memory of David Charles Wiedman.
Visit the Heartfelt Sympathies Store

We encourage you to share your most beloved memories of David here, so that the family and other loved ones can always see it. You can upload cherished photographs, or share your favorite stories, and can even comment on those shared by others. 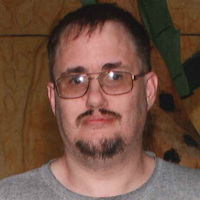