To share your memory on the wall of Lt. Col. Thomas L. Wiswell, USAF (Ret.), sign in using one of the following options:

Provide comfort for the family of Lt. Col. Thomas L. Wiswell, USAF (Ret.) with a meaningful gesture of sympathy.

We encourage you to share your most beloved memories of Lt. Col. Thomas L. Wiswell, USAF (Ret.) here, so that the family and other loved ones can always see it. You can upload cherished photographs, or share your favorite stories, and can even comment on those shared by others.

Posted Jun 20, 2019 at 07:53pm
My deepest sympathy for a cousin fondly remembered, spent many a time up'ta camp with him...I always hoped we would get together one more time...

Posted Jun 19, 2019 at 05:09pm
Sincerest condolences to Emma and family. Tom will be sorely missed. I pray for God's comfort and peace to envelope you during this most difficult time. May He give you the strength to endure. Love from the Robinsons
Comment Share
Share via:

Posted Jun 19, 2019 at 04:54pm
A fellow "Boneman" passed the news of Tom's passing to me just a few minutes ago. You have our condolences on his passing. Tom and I worked together at Ellsworth AFB , SD in the 28th OSS. He was always a great guy to be around and he was a fine airman. I remember good times there with Tom back at Ellsworth.
Gloria and I will keep him and your family in our prayers.
Sincerely,
Scott and Gloria Dowty
Comment Share
Share via:
JC

Posted Jun 19, 2019 at 11:55am
From high school through Texas we shared in a lot of great times, and made many lasting memories. You'll be missed my friend. Your Air Force wings are now angel wings and I take comfort in knowing that there is one more angel in heaven. Emma, Adam, & Rebecca, just know that you're in our thoughts. Laura and I are wishing you hope as you morn and comfort in the midst of this difficult time.
Joe & Laura Clement
Comment Share
Share via: 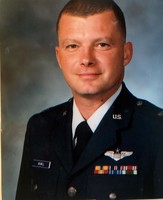 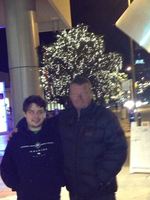 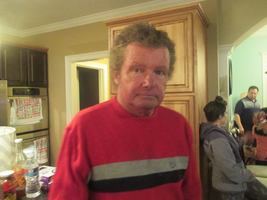